The Silk Road——Selected works of the 7th Beijing Biennale 2017 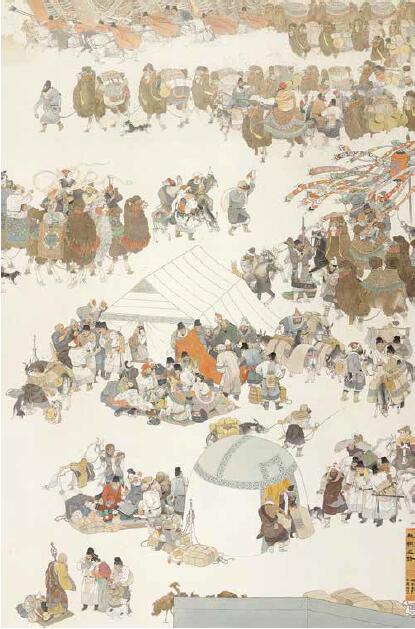 In its history of more than two thousand years, the great Silk Road, connecting the ancient Europe, Central Asia, West Asia and China, was a road of trades, cultural exchanges and civilizational convergence. It was full of collective memories and beautiful legends from history, different regions, ethnic groups and the old traditions of totem worship. Zhang Qian, after being appointed to the Western Regions, cared more about his honor and integrity than his life. Ban Chao defended the frontiers for more than 30 years and he said with courage and determination, "I dare not hope for Jiuquan Prefecture I only wish I would survive at Yumen Pass." Facing numerous difficulties, Xuanzang showed incredible perseverance in his journey to the West Region for the Buddhist scriptures. The frontier poems of the Tang Dynasty displayed sentiments and ambitions of that era. The Travels of Marco Polo elaborately told the Eastern adventures of the Venetian merchants. And, of course, on this ancient road, numerous businessmen were awarded with mutual benefit and prosperity through the exchange of needed products.